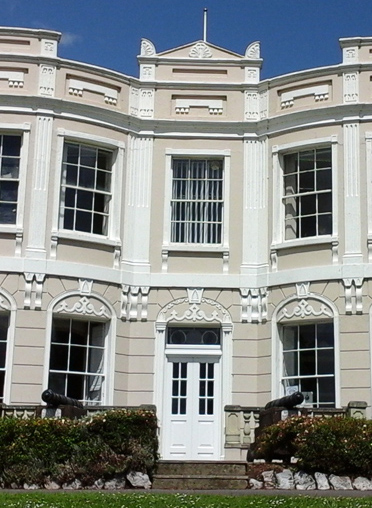 The Teignmouth Town Council Offices are located in Bitton House in Bitton Park. This building, formerly known as Westcliff house, was historically the home of Sir Edward Pellew.

Edward Pellew (1757 – 1833), later Lord Exmouth, was an ex-naval officer who settled in Teignmouth in the early 19th century. He was originally of Cornish origin. He had a long naval career that began when he was only 13 ½ years old. At this age, he served as a midshipman on the ‘Juno’ during the fight for the repossession of the Falkland Islands from the Spanish in the 1770s. When war broke out with France in 1793 he earned a knighthood for the distinction of capturing the first enemy frigate. By 1802 he was an MP for Barnstaple.

He also took part in the successful siege of Algiers in 1816 during which Christian slaves were freed. He brought back the two cannons now standing sentinel outside the house overlooking the estuary. These guns used to be on the seafront promenade.

Then in 1832, a year before he died, he received the his final accolade of being appointed Vice-Admiral of England.

The Council is fortunate to own paintings by the highly acclaimed marine artist, Thomas Luny (1759-1837). These hang in the Mayor’s Parlour.

You are welcome to view the paintings by appointment.

These Thomas Luny paintings, as well as some of our other artworks, are also now available to buy as prints through Art UK. Visit our Art UK page to see what prints are available. 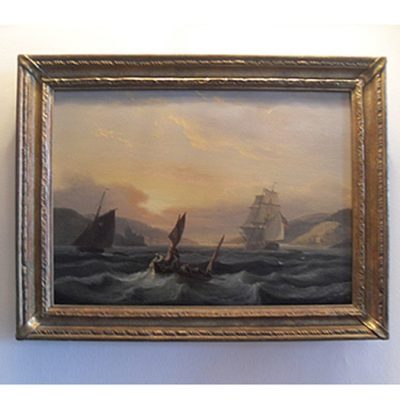 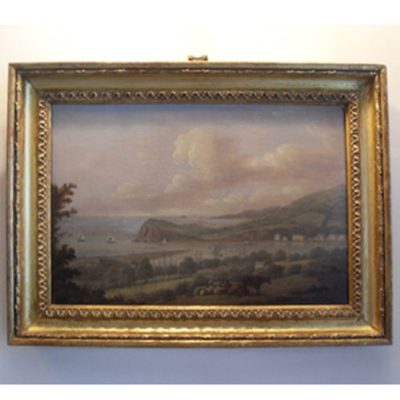